The Countdown Begins (for 'Automata') and Other Updates, Fun and Not-So-Fun

Yessireebob, it'll be October sooner than later, and Automata will be unleashed to the world. Hardy-har to that, I say. It's the second book in the Curiosities series, and while it's a standalone novel, there are a few threads woven through the book that link it to the first. However, you don't need to read Dollhouse to get it. Arthur receives a bit of flashback love and attention in the beginning of the book.

And in the meantime, we do have The Ghosts of St. Grimald Priory still enjoying its time in the limelight as a "new" release (though it's been out for a few months now). Go here for the book page if you're curious and / or if you'd like to get a copy.

I just finished the sixth chapter of Eidolon after squeezing a chapter in the middle of what I've written so far - largely because there was too much of a massive leap between one chapter and the next, and I thought the story needed a kind of a bridge that also introduced another significant character in the novel. I'm hoping to end my weekend with one more chapter under my belt, and I can take five days off as I usually do (see: day job).

One other thing I'm seriously considering is moving my blog / site back to Wordpress. It'll be pricier, of course, than staying here, but that place has always been phenomenal when it comes to discovery and especially search engine results. I already have an account with them but have yet to set things up and pay, and I'll let everyone know once I make a final decision and actually get things rolling. I do frankly prefer it to Blogger, but on the downside, I don't make much when it comes to publishing (pennies, to be blunt about it, but I still write and publish because I want to), so there's that question of whether or not it's worth the investment. At any rate, you'll all be the first to know.

This year is definitely turning into a banner year of firsts - mostly horrid. Just a couple of days ago, I woke up to dark orange skies in the Bay Area, thanks to a pressure system that kept us in a bubble of cool air peppered with ash and dense smoke from wildfires above us. The result was the filtering of light through the smoke that only allowed red, orange, and yellow to go through, and the sun didn't make an appearance for even a second all day.

The images shared on social media were pretty stunning. Disturbing, eerie, but stunning. I have to admit I was a lot more awed than I was freaked out by the way Mother Nature works, and now we're back to gray skies with a hint of smoke in the air. Still no sign of the sun anywhere, and it feels as though we've skipped over autumn and went straight for winter but without the chilly temperatures. 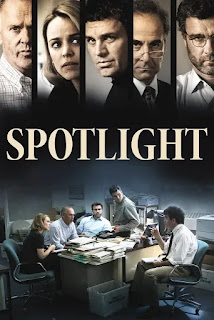 Insofar as entertainment goes, I'm re-watching Spotlight while it's still on Netflix, and heaven knows, this is the fourth (maybe fifth?) time I've seen the movie. And that's because it's got to be one of my absolute favorite movies of all time, and I never get tired of seeing it. Well-written, well-acted, and so, so quiet and subtle in its treatment of an awful subject (sexual abuse committed by priests in the Catholic Church).

And I'll continue to see it until it's gone from Netflix's lineup. I also went back and re-watched Winchester, which I first didn't care for, and while the movie's grown on me, the weaknesses in the plot and the big supernatural showdown approach to resolution continue to disappoint, but at least I got to see it while I could. It's still on Netflix, and at least I'm satisfied for now insofar as my need for ghost story entertainment (film-wise, that is) is concerned.

I'm hoping they'd bring back The Others, which they offered for a while a couple or so years ago. I'm thinking of buying that movie on streaming since I've already donated my DVD (we no longer have either a television set or a DVD player even in our computers). And so far the horror (mostly ghost-centric) films over on Netflix aren't really exciting me.

Save, however, for The Haunting of Bly Manor, which will drop in October just in time for Halloween. It's the follow-up to The Haunting of Hill House, which I also really enjoyed though it left me a bawling mess at the end, and it's based on Henry James's The Turn of the Screw. Hell yeah!

In other entertainment news, I've placed a hold on the digital copy of Susanna Clarke's new fantasy novel, Piranesi. I might end up buying a copy of the book once it's out since I'm sixteenth in line for the digital rental, and as some of you already know, I consider Jonathan Strange and Mr. Norrell to be the best historical fantasy novel written (and very much my favorite fantasy novel of all time, hands down). With that in mind, it's safe to say that I'm absolutely not averse to shelling out almost eleven buckaroos for a Kindle copy of the new novel.

And with that, I'll sign off for the week. I'll be back in a few with more updates on the writing and personal front (though clearly not too personal).