New month, new e-book sales. For September, we've got a couple of mega-books that normally sell for $4.99 because they run over 100K words each. 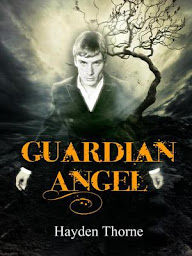 Firstly, Guardian Angel. This book is my longest single novel - or at least the longest novel I wrote in one volume. There are previously published duologies and novella series that I re-launched as single long volumes, but this novel was written specifically as one giant volume.

Guardian Angel was also my first foray into writing a full-length novel as an indie writer, and as it runs nearly 150K words long, it's a slow-burn, leisurely moving story that marks the first of a series of standalones in the Arcana Europa series. For this novel, the story takes place in Victorian England.

As with Banshee, this book was meant to reflect a genre that's always been very close to my heart. It's a Victorian ghost story with a gothic romance and mystery worked in, but the ghost story is first and foremost. I added the AU touches from the get-go, thinking that since the Victorian Europe I'm hoping to develop is drowning in supernatural elements, each country showcased would have its specific kind of magic.

There are messenger ravens in Guardian Angel as well as magic mirrors through which people can peer into another room in another city. There are sorcerers, and there are ghosts. Lots of ghosts. I also went wild with gothic romance tropes, particularly the triumvirate of innocent, villain, and dashing hero.

And same-sex love is part of the norm. Like I said: AU.

I wrote this book with atmosphere and setting in mind, so scenes are immersed in descriptions and, I'm hoping, the building up of tension through quiet moments and dialogue-free passages. I definitely looked at Henry James's The Turn of the Screw for inspiration on how to write a scene that's quiet but also eerie.

So if a long, idly paced, and quiet read is your thing, Guardian Angel is yours for the taking at 99 cents this whole month for the e-book, and you can get your copy here. 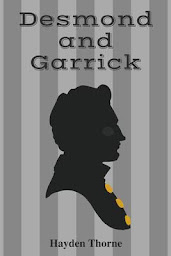 Another "oldie but goodie" is my first dip into vampire romance: Desmond and Garrick, which was first released in two volumes but is now available in one big book.

I wrote it as a bit of a tongue-in-cheek take on the vampire romance rage back then, and it's a gay YA book that's also very much a pastiche. Just like the Ghosts and Tea series. This time the setting is Regency England, and the AU elements include family magicians (hired to protect the vampire families from getting burned to a crisp), vampires who live as idle gentry, and forced gothicism on cottages where they live.

The Hathaway family was modeled after the Addams family, so there's a good deal of sweetness between the parents, though the children are certainly a lot closer to their modern counterparts. There's a lot of joking involving unnatural vampire beauty (a trope in vampire romances) and the tendency toward melodrama and theatrics (also another trope in vampire romances).

Like my early attempts at writing gay historical fiction, I did a lot of research and tried to hew as closely as I could to the chosen historical period (the Regency) to make the setting more authentic. I even had an old atlas of England to refer to, particularly when it comes to determining distances between towns, villages, and cities.

Desmond and Garrick is a rom-com but one that involves vampires, humans, and pretty much a number of expected elements in a Regency novel.

The duology in its entirety runs just over 100K words, and it's also available for 99 cents all this month in e-book format. Go here for the book page and the online stores where you can get a copy.

And as always, thank you so much for your support of my work, and I really hope you enjoy the books. And if you do, please let others know by leaving a review.