This moment, always a heartbreaking one in the film, now feels even more poignant: 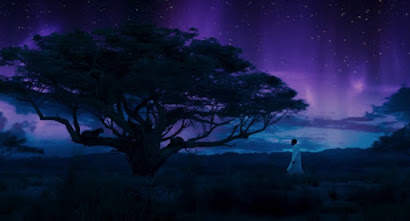 The sudden news of Chadwick Boseman's death from colon cancer at 43 hit me hard largely because like so many others, I never knew he was battling the disease for four years. In the course of which, he's managed to give us all some remarkable performances in films both large (Black Panther and the Avengers saga plus Captain America) and small (42, Get On Up, and Marshall among others).

His death came out of left field, and as I type this entry, everyone else over on Twitter are reeling as much as I am. To be able to put out the kind of performance at such an exceptional level while keeping quiet about the horrifying and painful process of surgery and chemotherapy throughout everything is incomprehensible.

Yes, there are several other newsworthy things I can go over here, but I'm not going to indulge in anything political on my blog. Plus Boseman has been a huge part of my need for distraction and escape, and his loss is a blow. Not just for us who knew him as an actor but for those whose lives he'd really touched. 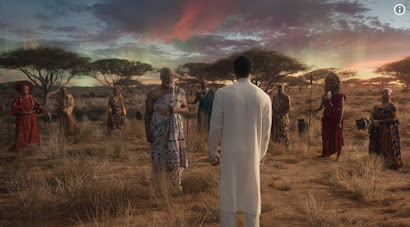 My birthday was Wednesday (August 26), and I spent it at work (or course), which was very busy and kept me going. Luckily I was in a pretty good mood all day, so even with the place hopping and my managers slowly having a breakdown, I was able to keep it together and ended my shift tired but feeling accomplished.

It's the new normal for me now, but at least I did make sure to treat myself with a pastry on the day. Always a good thing.

I'm currently neck-deep in revisions of Agnes of Haywood Hall, having set Eidolon aside for the time being in order to keep my focus razor-sharp with the revisions and rewrites. I'm hoping to get this done by early September so I can set the file aside, forget about it, and just plow on with Eidolon. The fifth chapter for that WiP needs to be dumped and rewritten completely, but I'm ready for it.

Once the first draft of Eidolon is done, I'll be shelving that and coming back to Agnes for the first round of edits. I definitely would like to submit the book sometime in December for the February release date.

In other news, August has been a low-key reading month for me as I've already read all of the books I've purchased save for my Victorian ghost anthologies. I'm still picking my way through them, but I'm also pacing myself. In the meantime, it's been streaming movies and series for me.

I recently binged Glow Up (the two available seasons) as well as Next in Fashion. Not particularly keen on the latter series because so many of the contestants have some serious attitude issues that, I admit, made me enjoy a bit of schadenfreude when they were eliminated. I couldn't go past two episodes of Amazing Interiors for that same reason, and I was so thrilled to see the second season of Nailed It: Mexico added to the Netflix lineup. I've already binged the second season twice and loved every moment.

The one comfort series I'm pacing myself with is The Repair Shop. Unlike the other shows, this one's so laid back and quiet and sweet. Every professional craftsman in the shop is so adorable, and I, for one, would absolutely kill to work in that place. Even if only as a go-fer, fer chrissakes.

At the moment, another series I'm bingeing is Until Dawn, a comedy series from France that's a weird and rather mindless trek through the supernatural world of haunted houses and pranks. It is a pretty pointless show, but it's also funny as hell, and at least the episodes are short enough. I'd love to see an actual documentary series focusing on every location they chose for their overnight stays.

So that's pretty much it with me.

A final word: this is the last weekend for the August e-book sale, everyone! Check out this blog post for more info on Banshee and The Book of Lost Princes as each e-book is 99 cents till the end of this month. And then we're on to a new set of books for September.