Those WIP Things (Automata, The Ghosts of St. Grimald Priory) 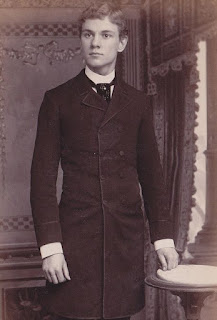 That book is definitely shaping up to be a novel and not a long novella, but as to it being the first book of a series, I continue to waver on it. It depends on how well it works out, and I wouldn't be surprised if it ended up being a one-off. If such is the case, it'll be a long novel in order to cover all of the "drama" of a haunted priory and its quirky mistress and her long-suffering nephew.

The book itself is going through a bit of a downturn in terms of the writing, which I tend to experience somewhere midway through the draft. It's expected, and it's something like a mild case of writer's block.

I am having more success with the plotting of Automata, though, but that's likely because I already knew what was supposed to happen even before I typed "Chapter 1". That novel's coming along pretty smoothly. Another thing about it - that I think is helping me with the easier flow of writing, that is - is that it's following a more standard narrative structure of 3rd person limited POV, not a more scattered epistolary form.

I'm still on target, time-wise, and with the upcoming surgery and resulting medical leave (I'm looking at maybe the full twelve weeks since my thumb and part of my hand will be in a cast for six), I'll be distracting myself completely with writing, which means a much earlier completion of the first draft than initially planned. I'm totally cool with that, really.

As for other publishing updates, I'm planning to put Ambrose and A Murder of Crows up next for my monthly backlist sales. Ambrose will be my planned March sale, and A Murder of Crows will be for April. I'll also be targeting the longer (100K+ words) books for the rest of the year, but I still have to decide which ones will be chosen.

I also have a few thoughts about the recent Dracula adaptation put out by Netflix, but that can wait another time.